Welcome to 420math, a site dedicated to teaching mathematics and supporting organizations that are working towards ending prohibition. The purpose of the mathematics aspect of this project is as simple as it gets: Due to our technological advancements, mathematics has become an integral part of our society and the need to be literate in this language a necessity. In much the same manner that the industrial revolution brought about a surge of literacy in natural languages, the advent of the Internet in combination with low-cost computing has brought about a surge in the need to be literate in the language of mathematics. To help in the process of exposing as many people as possible to this beautiful language, lessons for all major topics covered in secondary school math curriculums in Canada and the United State will be produced, i.e., all major topics starting with The Real Number Set up to and including an introductory course in Calculus and one for Probability and Statistics. The 420 aspect of this project, similar to that of the mathematics, is also as simple as it gets: Our global continuation of America’s War on Drugs is collective insanity, hence, I have decided to support the battle to end prohibition, which, of course, is an inevitability. It has been said that the first casualty of war is truth, and nowhere has this idiom applied more so than with the war on drugs. Much more on this subject later, for now all that matters is to end prohibition as quickly as possible, and for that we look to the United States Drug Enforcement Administration (DEA) for answers (emphasis added):

“Hundreds of thousands of dollars of Emery's illicit profits are known to have been channeled to marijuana legalization groups active in the United States and Canada. Drug legalization lobbyists now have one less pot of money to rely on.”

The above statement was the catalyst that gave birth to this project. It implies that Mr. Emery was targeted for political reasons, which, in turn, makes him a political prisoner. It also indicates that the DEA is interfering with the sovereignty of Canada, as well as interfering with citizens’ rights to change public policy in the United States of America.

That’s the bad news. The good news is, per their statement, the DEA has told us what we need to do to prevent their meddling in the governance of our societies. All we need to do is to make sure that organizations that are working towards ending prohibition are amply funded. This is the essence of 420math, a site dedicated to teaching mathematics and supporting organizations that are working towards ending prohibition. So, if you enjoy this work, if you are finding the information on this site useful, and if you would like to support this project, then please consider supporting the organizations listed below. Peace, chycho 420math [at] gmail [dot] com 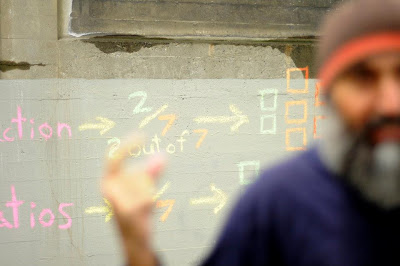 From the series, "Vancouver People Project" by Tallulah Photography.

Index and Table of Contents

Open all | Close all

NOTE: If you do not see the Tree Menu above, please use Mozilla Firefox to access it.

Support this Project by Supporting the Following Organizations